Will it work with this magazine?

Although the MAG-AD9 works with many aftermarket magazines, we recommend using post 2004 square notch, Glock OEM magazines. As these will provide the best fit and function. 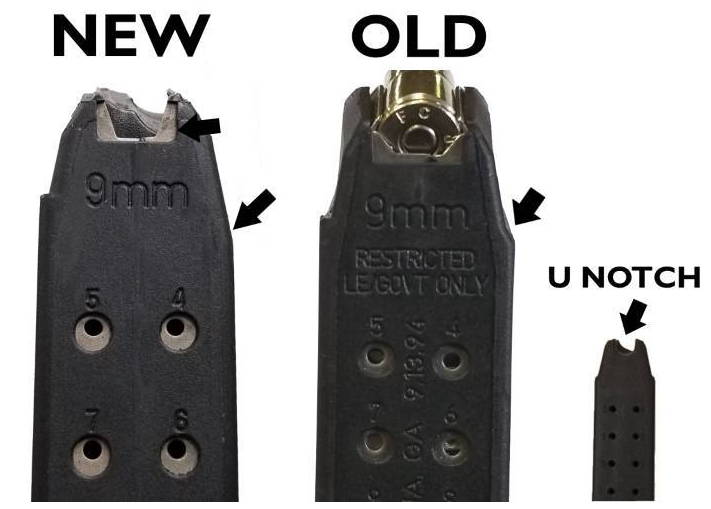 (U NOTCH) magazines are very early generation glock magazines, they were not fully metal lined and due to this they expand when loaded causing reliability and insertion issues.

2004 and prior magazines (SQUARE and U-NOTCH) also contain a ledge on the right hand side as noted by the above picture.

While in some situations these magazines can still be used with the MAG-AD9 series, they may require more force to seat the magazine or may not seat at all. Some very light modification can be done to the magazines to allow them to seat easier.

We still do not recommend the use of U-Notch magazines, as even with modification, they may not work or be reliable due to the lack of a full metal liner and expansion when loaded.

If you want to use these types of magazines, you can slightly modify the magazine in order to fit. See figures 1 and 2 below.

If you have these older magazines and wish to use them. Please note the areas of the magazines that will need modification.

If you wish to use these magazines, you can take a simple household file and bevel the indicated edges slightly ( green arrows as shown in figure 2.) This will allow the magazine to seat fully without excessive pressure. This should be done in small increments with test fitting and should not affect the use of the magazine in Glock pistols. DO NOT MODIFY THE AREA INDICATED BY THE RED BOX.

While we have experimented with this and have had zero issues. Stern Defense accepts no liability for modifications you make to your magazines, If you decide to do this you do so at your own risk.

WILL IT WORK WITH MY LOWER?

The MAG-AD9 will not function properly on mag wells with irregular contours, "3D skulls, waves, and other non mil-spec contours."

For the best experience, please use the MAG-AD9 with ar-15 and m16 mil-spec lower receivers.

If you have a billet lower please see the guide below to further assist with compatibility troubleshooting.

(The picture below shows a lower that is compatible.) 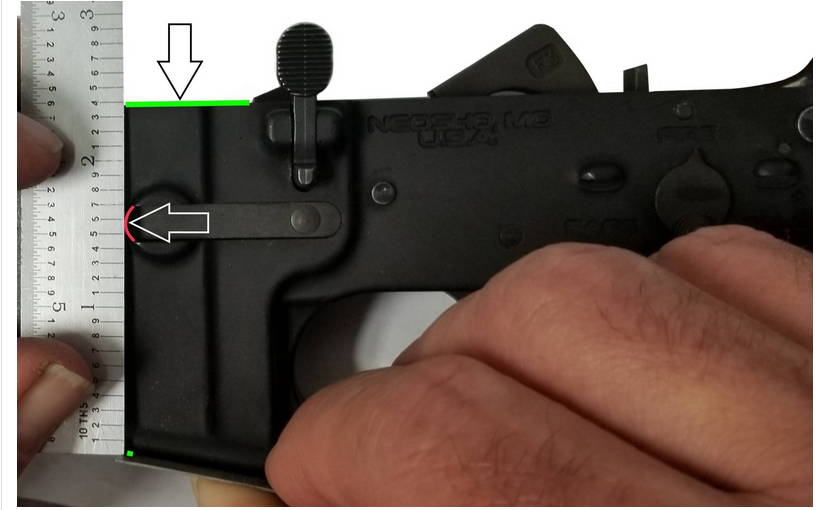 Please place a scale on your lower perpendicular to the top of the lower, (indicated by a green line with an arrow.) The edge of the scale should run tangent to the radius indicated in red as shown.   The final point of the scale should rest on the bottom of the magwell. The distance across this point should not exceed 2 & 13/32 inches. or 2.406 inches.

WILL IT WORK WITH MY UPPER?

The MAG-AD9 is designed to be used with ar-15 and m16 mil-spec upper receivers.

The MAG-AD System is not compatible with the CMMG Radial Delayed Blowback System.

STERN DEFENSE DOES NOT RECOMMEND THE USE OF BEAR CREEK ARSENAL BOLTS. Due to multiple compatibility issues and variations from normal PCC bolt geometry; certain BCA bolts can create UNSAFE operating conditions. As it is hard to narrow down which exact run of BCA bolts can create these conditions, we recommend not using any BCA bolt with our products and will not cover damages caused by the use of these bolts. We are also not offering bolt modification or Glock cut services for these bolts.


Recent development, the MAG-AD9 system is not compatible with New Frontier, PSA Hybrid or Foxtrot Mike bolts. This is due to the lug which strips a round off of the magazine being further from center-line as compared to Colt bolt systems. If you are looking to use these bolts with with our system we will provide bolt modification services with the purchase of a mag-ad9. The bolt must be Colt style other than the stripper lug length as indicated below.   If you are unsure of your bolt style please send a picture of the bottom of your bolt to info@getstern.com. If you would like to use the service you can find it HERE.

The picture on the left is compatible the one on the right will need modified. Lug should be between .120 and .130 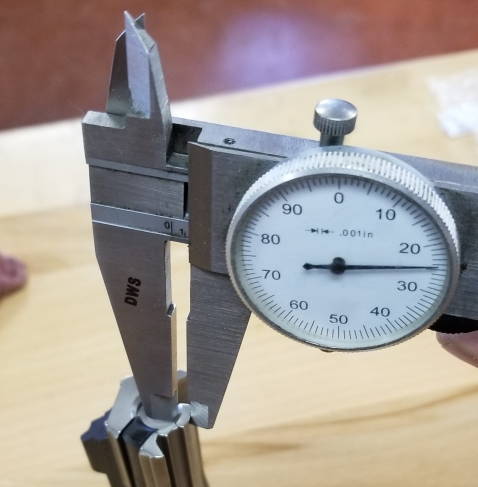 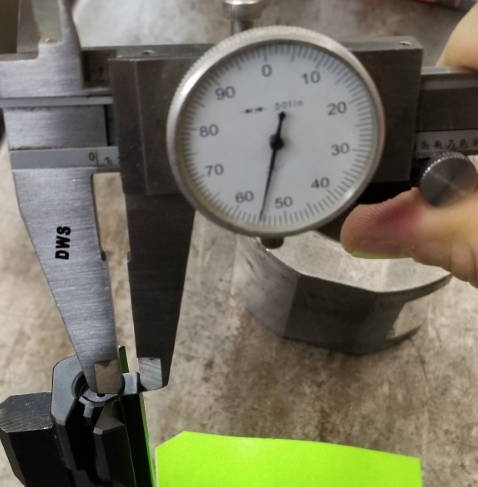 If you have a Colt style bolt that is not Glock cut and wish to use our system, we have a service that will make your Colt style bolt compatible with Glock magazines. For more information click the following link. Glock Cut Service

The picture below illustrates what a Glock cut is. 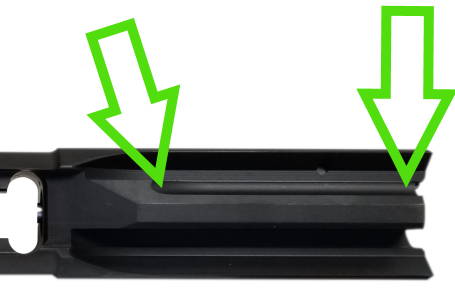 Feeding 40SW and 45ACP reliably will require the use of a bottom feed bolt, please see the pictures below to better illustrate what this means. All Stern Defense .40 and .45 bolts are bottom feed. 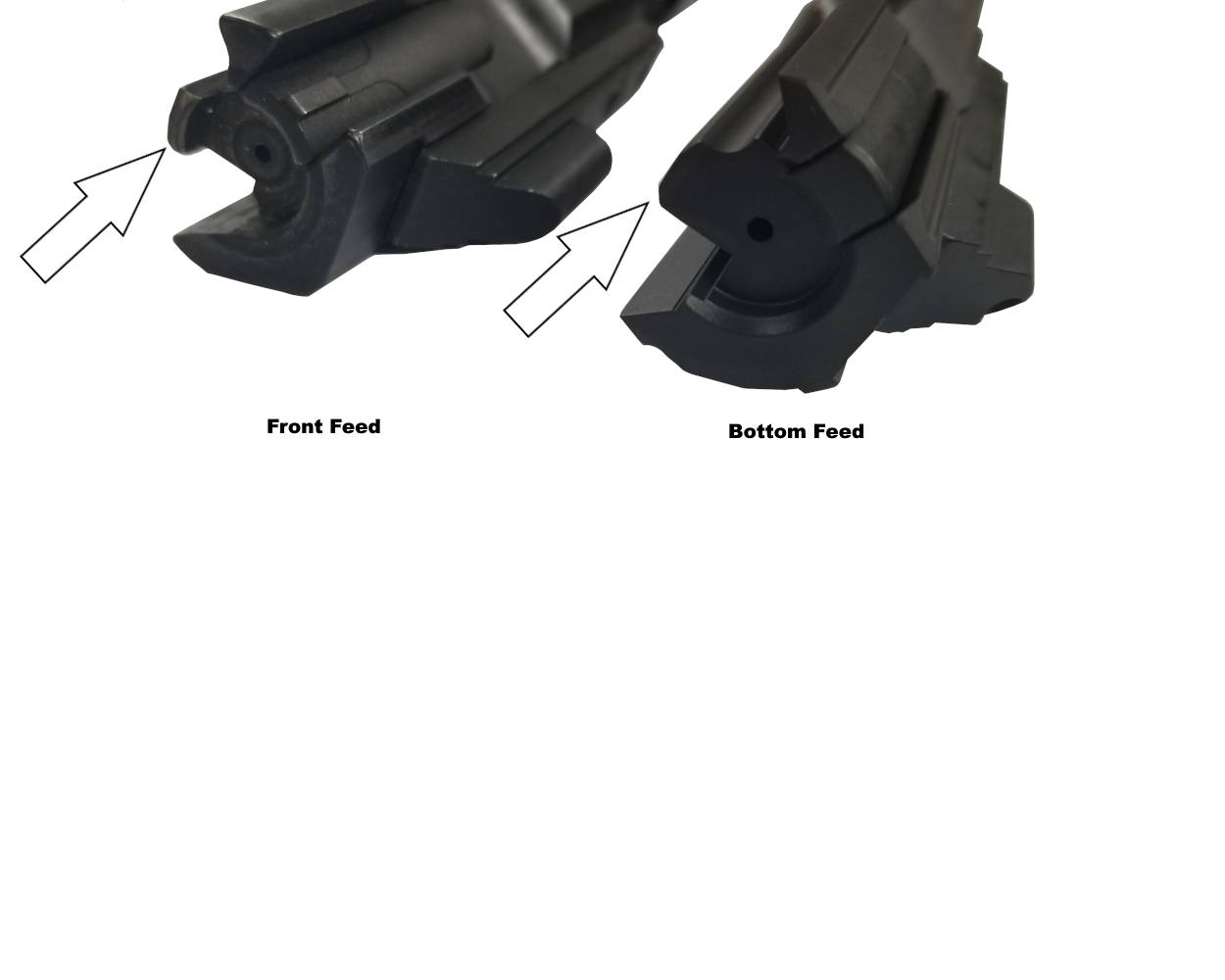 THE MAG-AD SYSTEM IS NOT COMPATIBLE WITH OLYMPIC ARMS BOLTS, UPPERS OR BARRELS.

If you plan on using any blowback setup with a full auto lower receiver the use of a dead blow type of buffer will be necessary. This will prevent bolt bounce and potential case failure/hammer follows. A dead blow buffer will contain weights and spacers that move freely inside of the buffer and provide a dead blow effect. Our H3 buffer is a fine example of this.

When building an ar-15, it is critical to pay attention to the length of buffer you are using and the length of the tube. Also note if spacers are required for the particular length buffer and buffer tube combo you intend to use.

If proper procedure is not followed, this can result in a catastrophic failure of any ar-15 system by causing the gas key to be sheared off.

Please note how the gas key is contacting the lower receiver in the picture below. This is not what you want. There should be clearance between the lower and the back of the gas key. 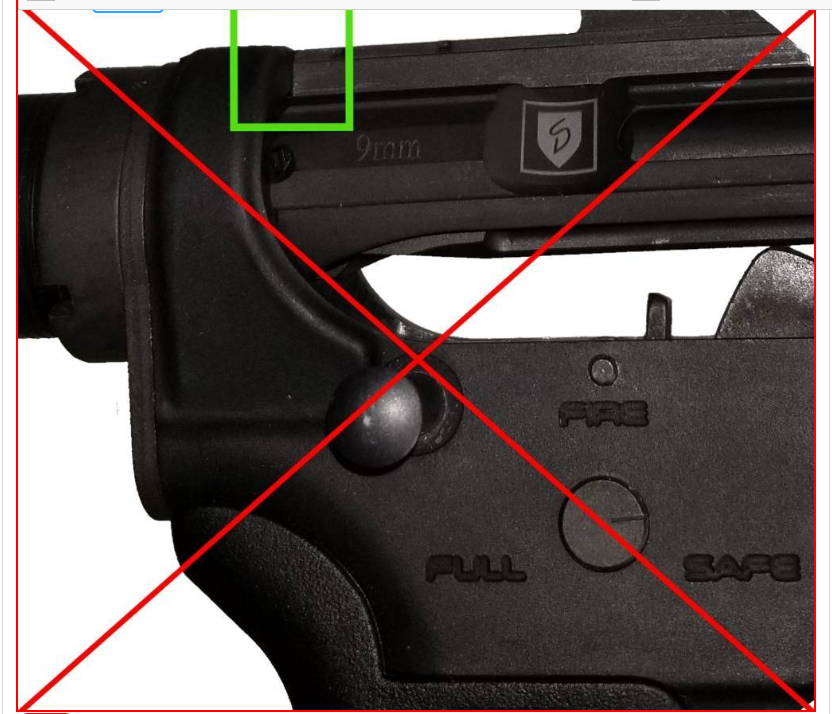 While it is possible to use a standard weight carbine buffer with a 9MM PCC blowback system and in testing we have experienced no issues, we still recommend the use of an H3 "5.4 ounce" buffer or heavier for 9MM/40SW and 11 ounce buffers for 45ACP pistol caliber carbine systems. This increases dwell time and slows the travel of the bolt prolonging the life of your components. You can find an H3 "5.4 ounce" buffer HERE and an 11 ounce buffer HERE. 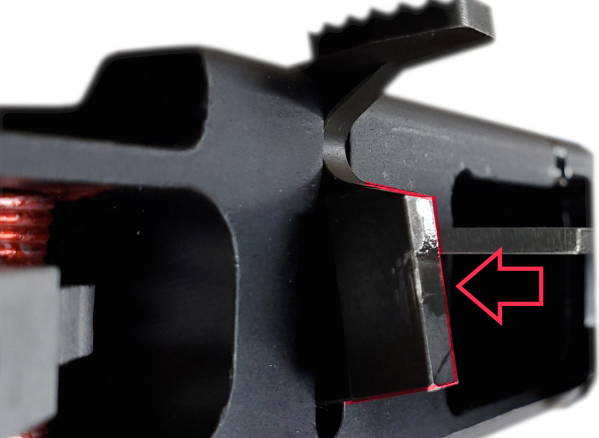 ANDERSON DEDICATED PCC LOWERS HAVE A NON STANDARD HEIGHT BOLT CATCH THAT WILL INTERFERE WITH OURS AND MANY OTHER MODERNIZED COLT STYLE BOLTS. THIS DESIGN DIFFERENCE CAN MAKE THE UPPER IMPOSSIBLE TO MATE TO THE LOWER OR HANG UP THE FIREARM. THE ONLY REMEDY TO THIS IS HAVING A LOCAL GUNSMITH REMOVE MATERIAL FROM THE TOP OF THE BOLT CATCH, PLEASE KEEP IN MIND THIS WILL LIKELY VOID ANY STANDING ANDERSON WARRANTIES.